Remembering the 521 by Deborah Gower and Paul Smith

Posted on August 30, 2016 by deborahgowerceramics

Remembering the 521 by Deborah Gower and Paul Smith

An Exhibition Commemorating the sacrifices and effects of the Vietnam War 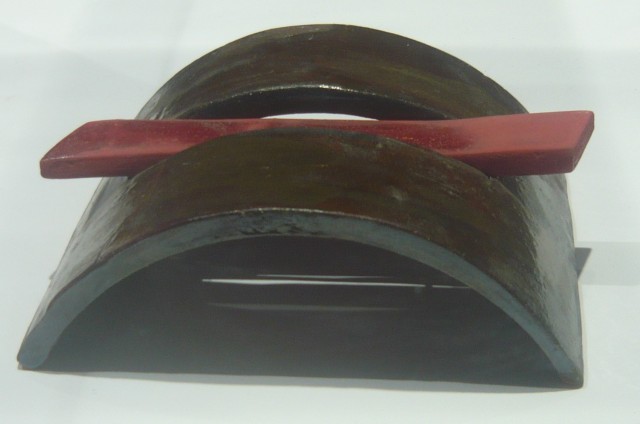 “Bridge” The red symbolic of the communist party as they tunnelled through the landscape in an effort to bridge North and South Vietnam. The placement reflects the futility of war as a bridge between anything.

It has been my honour and privilege to interview some of the members of our community that risked their lives in the Vietnam War.

Paul Smith has done an amazing job of transferring old degraded slides into pictures and then into a slide show.  The slide show is a vital part of the exhibition transferring images of a lost war into today’s reality.

There are a number of artworks by Deborah Gower with pictures of the men who served.  They are my tribute to those courageous people who continue to be affected from the pain of war.

Bringing back the memories of this tragic war could not have been easy for them.  That the Veterans and their families shared their story and real pictures from the time spent “in country” still fills me with appreciation.  Their stories have made real what is sometimes brought down to a few iconic images that I don’t feel reflects the whole story of the Australian presence in Vietnam War nor the after effects on both our soldiers, their families and the Vietnamese people.

These men and their families will always be remembered in my heart as brave souls who removed the camouflage they needed to protect themselves in the aftermath of the war and sat with me for the precious time needed to translate their reality into this exhibition.

My eternal thanks to the Vietnam Veterans and especially to these Mullumbimby men and their families.

This entry was posted in Uncategorized. Bookmark the permalink.